Greetings!!!
Cycling India brings to you the latest news from the world of cycling.
Cycling news highlighting from January 25 to January 28, 2012
January 25, 2012
Counting down to the Andalucía Bike Race 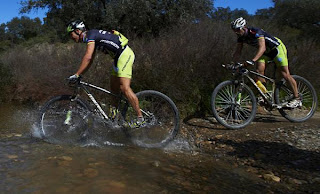 In one month, racers will take to the start of the Andalucía Bike Race in its second edition, and some stars have already announced their plans to compete in the Spanish mountain bike stage race.Former world champion José Antonio Hermida and his Multivan Merida teammates Rudi van Houts, Hannes Genze and Andreas Kluger are on the start list - they will form two teams.
January 26, 2012
Vanmarcke eager for second season with Garmin-Barracuda 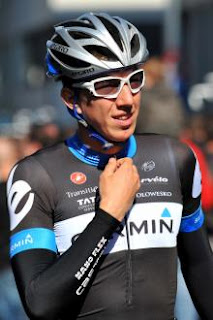 In 2010, he broke through with a surprise second place in Gent-Wevelgem, beating Gilbert into third in the process. The ride brought him to the attention of the world's biggest teams, and the 23-year-old was in a position to pick his next team.He told Cycling news.I didn't have many contacts myself, so I talked to some managers and chose which one I wanted to work. Then we sat down with my agents and they asked me which team I wanted to go to because I was in position to choose. I said I wanted to go to Garmin and the team was really interested. And here I am.
January 28, 2012
O'Donnell signs with Vanderkitten-Focus 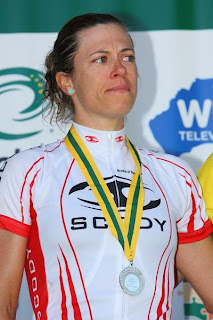 The US-based elite women's team Vanderkitten-Focus announced today that it has completed its 2012 roster with Bridie O'Donnell, a former Australian and Oceania time trial champion.After two seasons of racing in Italy, O'Donnell will return to racing in the USA, which she last visited in 2009 when she rode there with the Australian National Team I am super excited to be riding in a terrific team like Vanderkitten-Focus in 2012. It will be my first season racing the NRC after a short stint in the Australian National team in 2009 where I won the Kelly Cup & was second in the Tour de Prince Edward Island.
Cheers!!!!
Posted by Tour de India 2012 News! ID Sports! 1 comment:

Greetings!!!
Cycling India brings to You the latest news from the world of cycling.
Cycling news highlighting from January 23  to January 24, 2012. 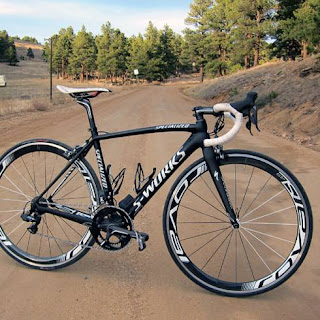 Specialized S-Works Tarmac SL4 Di2 review
The S-Works Tarmac SL4's defining characteristic far and away is its incredible chassis stiffness, and not just the usual bottom bracket variety. Sure, the drivetrain efficiency is fantastically high with the usual benefits in terms of sprinting and climbing but on an even greater scale in this particular case. Few bikes we've ridden feel so utterly flex-free from end to end.As expected, that level of stiffness and efficiency doesn't exactly come paired with best-in-class comfort levels, though it's still pretty good for a dedicated race bike. High frequency road buzz is handled well but yes, big bumps are definitely tough on the body particularly after long days in the saddle. 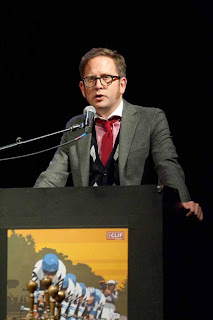 Team Chipotle gathers for team camp in Texas
The Garmin-Barracuda development team  - Team Chipotle - gathered in Wimberely, Texas for its pre-season training camp. Surrounded by the Texas Hill Country, Wimberely offers some great training opportunities and is an area team director Chann McRae knows well calling it his "home roads". Also the local weather calls for warm temperatures - an added plus."We are going to have some military personal out there and we'll be dividing the team and seeing who can lead the squad and protect the leaders," said McRae.
Cheers!!!
ID Sports.
Posted by Tour de India 2012 News! ID Sports! No comments:

Email ThisBlogThis!Share to TwitterShare to FacebookShare to Pinterest
Greetings!!!
Cycling India brings to You the latest news from the world of cycling.
Cycling news highlighting from January 18 to January 23 , 2012.
January 18, 2012
Jones proud to be on USA's cyclo-cross Worlds team
Despite having already attended his UnitedHealthcare road team's season training camp, American Chris Jones will still find time to deploy his alter-ego when he lines up with Rapha-Focus at the UCI Cyclo-cross World Championships in Koksijde, Belgium at the end of the month.It is a complement to me as a rider to have Marc Gullikson use a discretionary pick on me," Jones said. "I started the season with the goal of going to Koksijde, but injuries from Tour of Britain forced me to skip the first part of the season."
January 19, 2012
Howard to focus on the road in 2012
At just 22 years of age Howard is in his third year in the WorldTour, and after two seasons with HTC-Highroad, where he mainly held a lead-out role, the Australian is hoping to start winning a little bit more in 2012 with GreenEdge."I’ve got a lot of work to do to prove that I deserve to be there, but I’ve said time and time again that my main goal for this season, that I just want to win bike races. It doesn’t matter which ones they are I just want to be back on the winner’s podium – that’s the next step to being a top sprinter."
January 21, 2012
Santos extends with Tour Down Under
The Tour Down Under's future was assured as title sponsor Santos announced it would continue for another four years. The agreement gives the Australian energy corporation naming rights through 2016.This is fantastic news for the State and it shows the confidence Santos has in the event," said South Australian premier Jay Weather ill.The Tour Down Under, in its 14th year, became the first non-European race on the UCI's top tier racing calendar in 2008. The UCI extended the race's WorldTour license through 2015 last August. Santos first signed on as title sponsor for the 2010 edition.
January 22, 2012
Gerrans targets Ardennes Classics after Tour Down Under victory
Simon Gerrans (GreenEdge) claimed the second WorldTour victory of his career on Sunday at the Tour Down Under, and now will target the Ardennes Classics in April. Gerrans has a solid history at the races in Belgium and Holland, finishing third at Amstel Gold last year and also boasting top 10 finishes at Flèche Wallonne and Liège-Bastogne-Liège in 2009.The next big goal for Gerro is the Ardennes, and if he can nail one of those three and then something again in summer, then he'll be in the top 10 [in the world at the end of the year]," explained GreenEdge sports director Matt White.
Cheers!!!
ID Sports.
Posted by Tour de India 2012 News! ID Sports! No comments: